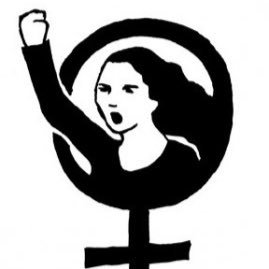 CLICK HERE ON HOW TO READ ALL PARTS OF THIS SPECIAL DEDICATED TO JHINA MAHSA AMINI AND ALL OTHERS ASSASINATED BY IRAN'S DICTATORSHIP.


When one hurts or kills a women
one hurts or kills hummanity and is an antrocitie.
Gino d'Artali
and: My mother (1931-1997) always said to me <Mi figlio, non esistono notizie <vecchie> perche puoi imparare qualcosa da qualsiasi notizia.> Translated: <My son, there is no such thing as so called 'old' news because you can learn something from any news.>
Gianna d'Artali

The Guardian
17 Sep 2022
By Weronika Strzyżyńska
<<Protests in Iran at death of Kurdish woman after arrest by morality police.
A series of protests have broken out in Iran after the death of a 22-year-old Kurdish woman, Mahsa Amini, who died in hospital on 16 September, three days after she was arrested and reportedly beaten by morality police in Tehran. Demonstrators initially gathered outside Kasra hospital in Tehran, where Amini was being treated. Human rights groups reported that security forces deployed pepper spray against protesters and that several were arrested. Amini's body was then transported to her native province of Kurdistan for burial, which took place on the morning of 17 September. <The security institutions forced the Amini family to hold the funeral without any cere-mony to prevent tensions,> said Soma Rostami from Hengaw, a Kurdish human rights organisation. Despite the warnings, hundreds of people have reportedly gathered in Amini's home town of Saqqez for the burial. Some shouted anti-government slogans such as <death to the dictator>. Kurdish civil society organisations have called for a general strike in all of Kurdistan. Videos of protesters in Saqqez tearing down posters of Iran's authoritarian leader, Ayatollah Khamenei, have spread across social media. Amini was visiting Tehran with her family on 13 September when she was arrested by morality police for allegedly violating the country's strict hijab law. Her family were told she would be released from the police station after a <re-education session>. Witnesses reported that Amini was beaten in the detention van, an allegation the police deny. The police maintain that Amini suffered a heart attack, an account of events that is not accepted by Amini's family. The news of Amini's death comes amid a crackdown on women's rights orchestrated by the country's president, Ebrahim Raisi. As during previous protests, the Iranian authorities appear to have restricted internet access.>>
Read more here:
https://www.theguardian.com/world/2022/sep/17/iran-protests-death-kurdish-woman-mahsaa-amini-morality-police

France 24
17 Sep 2022
<<Police fire tear gas to disperse demo over woman's death: media.
Tehran (AFP)  Security forces on Saturday fired tear gas to disperse protesters in northwest Iran after the death of a woman arrested in Tehran by the Islamic republic's <morality police>, local media reported. Mahsa Amini, 22, was on a visit with her family to the Iranian capital when she was detained on Tuesday by the police unit responsible for enforcing Iran's strict dress code for women, including the wearing of the headscarf in public. She was declared dead on Friday by state television after having spent three days in a coma.
Her body was laid to rest in her hometown of Saghez, 460 kilometres (285 miles) from Tehran in northwestern Kurdistan province, on Saturday morning, according to Fars news agency. <Following the funeral ceremony, some people left the scene while others remained, chanting slogans demanding detailed investigations into the dimensions of the story,> the agency said. <The protesters then gathered in front of the governor's office and chanted more slogans but were dispersed when security forces fired tear gas,> it added.>>
Read more here:
https://www.france24.com/en/live-news/20220917-police-fire-tear-gas-to-disperse-demo-over-woman-s-death-media

France 24
Text by News Wires
20 Sep 2022
<<UN calls for probe into Iranian woman's death in morality police's custody.
A top United Nations official on Tuesday demanded an independent investigation into the death of an Iranian woman held by the country's morality police as authorities acknowledged making arrests at protests over the incident. The woman's death has ignited de-monstrations across the country, including the capital, Tehran, where demonstrators chanted against the government and clashed with police. The U.N. Human Rights Office said Iran's morality police have expanded their patrols in recent months, targeting women for not properly wearing the Islamic headscarf, known as hijab. It said verified videos show women being slapped in the face, struck with batons and thrown into police vans for wearing the hijab too loosely.
A similar patrol detained 22-year-old Mahsa Amini last Tuesday, taking her to a police station where she collapsed. She died three days later. Iranian police have denied mistreating Amini and say she died of a heart attack. Authorities say they are investigating the incident.
<Mahsa Amini's tragic death and allegations of torture and ill-treatment must be promptly, impartially and effectively investigated by an independent competent authority,> said Nada Al-Nashif, the acting U.N. high commissioner for human rights.>>
Read more here:
https://www.france24.com/en/asia-pacific/20220920-un-calls-for-probe-into-iranian-woman-s-death-in-morality-police-s-custody

France 24
20 Sept 2022
<<'Woman! Life! Freedom!': Fury grows in Iran over woman's death after 'morality police' arrest.
The death of Mahsa Amini while in the custody of Iran's so-called 'morality police' in September has enraged people across the country, leading to three days of protests, strikes and sit-ins in the capital Tehran and in Iran's Kurdish region. Security forces have responded with force, beating and arresting demonstrators, shooting live bullets, and limiting internet connection in the Kurdish areas of Iran. FRANCE 24's Ershad Alijani tells us more.>>
Video embedded:
https://www.france24.com/en/video/20220920-woman-life-freedom-fury-grows-in-iran-over-woman-s-death-after-morality-police-arrest

The Guardian
20 Sep 2022
By Patrick Wintour Diplomatic editor
<<Three people killed in Iran protests over death of Mahsa Amini.
Iranian government officials have denounced a fourth day of protests after the death of a 22-year-old Kurdish woman in police custody, claiming the demonstrators have fallen victim to a conspiracy by its enemies. Mahsa Amini died on Friday after she was arrested by the morality police for not wearing the hijab and her trousers correctly, a tragic episode that has unleashed fury in the streets against the un-accountable and sometimes brutal treatment handed out to women by this branch of the police. Three more people have died since the government launched a crackdown on demonstrations. Local petitions have been started calling for the disbandment of the morality police, saying their actions enforcing the hijab are counterproductive and discriminatory. Mohsen Mansouri, the governor of Tehran, tweeted: <The main elements of the initial core of the gatherings in Tehran tonight were fully organised, trained and planned to create disturbances in Tehran. Burning the flag, pouring diesel on the roads, throwing stones, attacking the police, setting fire to the engine and garbage cans, destroying public property, not the work of ordinary people.> Some Iranian lawmakers claimed outsiders, including news organisations backed by Iran's enemies in Saudi Arabia, were exploiting her death. They nevertheless continued to promise an inquiry. The scale of the violence and the number of arrests on Monday night are hard to assess independently. However, videos of beatings and protests were posted on social media, including footage with the sound of gunfire. The Kurdish human rights group Hengaw, which is based in Norway, said it had confirmed three deaths at rallies in Kurdistan province, one in each of the towns of Divandareh, Saqqez and Dehglan. It added that 221 people had been wounded and another 250 arrested in the Kurdistan region, where there had also been a general strike on Monday. A 10-year-old girl blood-spattered images of whom have gone viral on social media was wounded in the town of Bukan but was alive, it added.>>
Read more here:
https://www.theguardian.com/world/2022/sep/20/iran-death-mahsa-amini-protests-morality-police

France 24 | The Observers
19 Sep 2022
<<'I will never wear a headscarf again': Outrage in Iran after woman dies in custody.
<<
....
A number of Iranian doctors diagnosed Amini's condition as a <severe concussion> based on a photo of her in hospital shared on social media. They said that bleeding from her ear and blacked eyes were signs that she had suffered brain damage, as opposed to a heart attack or cerebral stroke as the Iranian regime claimed. In addition, a London-based Persian-language media published some of Amini's medical scans taken at Kasra Hospital, provided by a hacker group that had hacked into the hospital database. The scans showed a skull fracture and a confirmed concussion.
A video posted on Twitter on September 19 shows students at Tehran University shouting, <I'll kill anyone who killed my sister>.
https://twitter.com/1500tasvir/status/1571788983574593537

'I am tired of being a slave to these Islamists'
Agrin (not her real name) is a young Iranian girl living in Sanandaj, the capital of Kurdistan Province in Iran. She has been participating in the protests in her city: <I have attended all the protests in the last few days and I will go again today. I am going to the main street where people are gathering and chanting and crying, and I will not wear a headscarf. I have sworn to myself that I will never wear a headscarf again, even if they kill me, torture me, I will not submit anymore. I see hundreds of women everyday doing the same. This dress code, this piece of cloth, was never part of our culture, not as Iranians and certainly not as Kurds. Our mothers, and now we, have put up with it for 40 years.>
In the wake of growing anti-hijab sentiment in Iran, some Iranian clothing brands have announced that they will stop manufacturing and selling hijabi clothing.>>
Read all here:
https://observers.france24.com/en/middle-east/20220919-iran-morality-police-death-mahsa-amini-headscarf-protest

The Guardian
19 Sep 2022
By Patrick Wintour, Weronika Strzyżyńska and agencies
<<Head of Iran's morality police reportedly suspended amid protests.
The head of Iran's morality police has reportedly been suspended from his post as protests swept across Iran for a third day over the killing of a 22-year-old Kurdish woman who was detained by the police after being accused of not wearing the hijab appropriately.
A number of respected Iranian news outlets reported that Col Ahmed Mirzaei, the head of the moral security police of Greater Tehran, had been suspended from his role after the death of Mahsa Amini. Tehran police denied he had been suspended or fired. A CT scan of Amini's head showed a bone fracture, haemorrhage, and brain edema, seem-ingly confirming that she died due to being struck on the head. The scan results, if confirmed, are a huge setback not only for the morality police, but the wider Tehran police force since it published edited videos of her arrest and detention in a police centre designed to show she died due to a heart condition or epilepsy. Her father has always denied she suffered any such condition, effectively accusing the police of a cover-up.>>
Read more here:
https://www.theguardian.com/world/2022/sep/19/mahsa-amini-iran-protests-enter-third-day-after-kurdish-womans-death-in-custody